School’s starting up and it’s time to heed those zeitgebers & make the switch from a summer to school sleep schedule. We all remember those late nights studying for exams, coffee in one hand, pencil in the other, as our feet tap nervously from an impelling soundtrack and we slowly watch the night fade into morning.

For college students, being a “night owl” is the norm; who goes to bed at 10 during a college weeknight, anyways? Unfortunately, all of that late night boozing and caffeine intake could have a detrimental effect on your circadian rhythm if left unresolved. 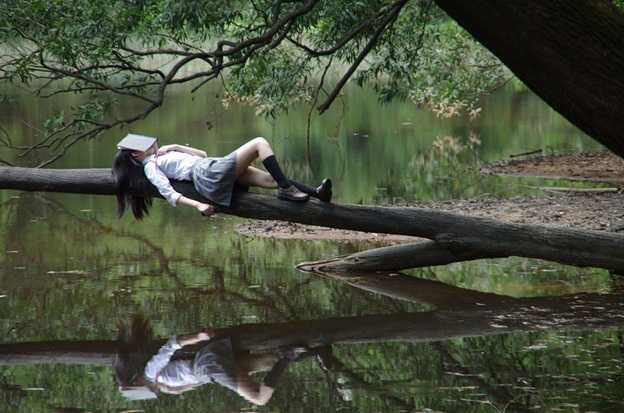 Most experts recommend that an adult should receive anywhere from 6-9 hours of sleep a night. Normal sleep patterns typically occur somewhere between 10pm to 6:30am. The average night owl’s sleep pattern could start from early morning around 4am and last until noon. While this may seem like normal adolescent behaviour, it’s actually a circadian sleep disorder.

Delayed Sleep Phase Syndrome (DSPS) represents a 2 hour or more delay in normal sleep patterns and can result in psychiatric morbidity, excessive daytime fatigue and poor academic performance. It’s estimated that 10% of all chronic insomnia cases extend from the development of DSPS.

DSPS is most common in adolescents and 1 in 600 adults may develop this over their lifetime. Excessive fatigue often occurs as a result of the body still being in a sleep phase during early morning classes

DSPS is often misdiagnosed as insomnia or depression because its symptoms mimic these disorders. Students who experience DSPS may suffer academically as a result of repeated tardiness, missing classes, getting hooked on caffeine and sedatives to prevent fatigue, or memory difficulties associated with the lack of sleep. These symptoms can go well beyond poor academic performance, affecting social life and making one more prone to accidents and mistakes in basic activities.

If left untreated for a long period, these symptoms could lead to drastic physiological effects including:

Why not just go to sleep earlier? People with DSPS often cannot fall asleep before their normal bedtime no matter how tired they are. Even if you do end up catching some extra z’s, they won’t wake up feeling more rested. Think of it this way- if someone said you should be going to sleep at 4 PM everyday, how easily would you conform to that standard?

DSPS is a neurological disorder and there are many treatments out there. Let’s explore how you can get back on the Dean’s List by straightening out your sleep schedule.

Ways to Save that GPA 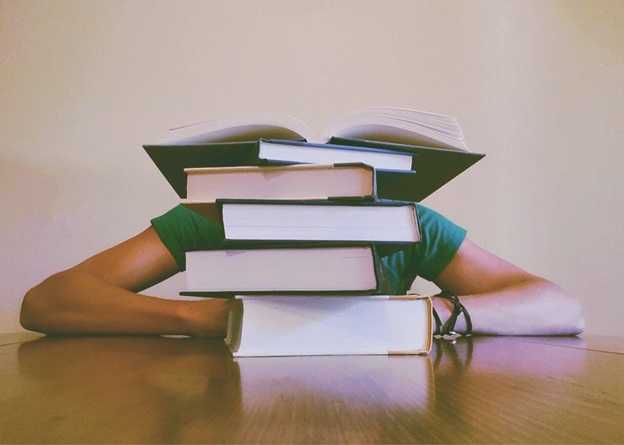 While it’s easy to recommend sticking to a normal sleep routine, if you suffer from a chronic sleep disorder, there’s achieve one. First, stop pulling those all-nighters and better budget your time. It’s easier said than done, right?

One tip you could try is going to bed 15 minutes earlier each night. Each night your body’s circadian rhythm will creep ahead a few minutes and you can begin easing yourself into a normal sleep schedule.

There may be a number of reasons you’re staying up each night. In fact, night owls often feel more stimulated and galvanized by the night. Consider giving your body a reason to rest. A body in rest may stay at rest, but all of that Netflixing and sipping beer will actually make it harder to sleep without any exercise in between.

Exercising 150 minutes a week can leave you feeling more energized during the day and tired at night. You could even do some midday yoga or put on a pair of comfortable headphones and fall asleep while performing guided meditation.

Make sure you do your cardio in the morning or early afternoon. Late night workouts will leave your body reeling from an endorphin high all night making it impossible to sleep.

Man’s first sleep aid might have been beer itself. Regardless, alcohol actually disrupts restful sleep and can leave you feeling dehydrated in the morning. Sure, blacking out will certainly do the trick of making you fall asleep, but it won’t leave you feeling anymore refreshed by morning time. Even worse, try taking a pop quiz with a hangover.

Alcohol remains in the body for approximately 4 hours. Unfortunately, when alcohol leaves the body it acts as a stimulant and can prevent your body from experiencing REM sleep. Consider sipping on some melatonin tea instead. Melatonin is a hormone that regulates sleep patterns in the body.

While your dorm room may be where you pregame or study for quizzes, it should really be a place of rest. The more your body associates its bed with studying, hanging out, and boozing, the less it associates it with rest. Consider marathoning in the school’s public library instead.

Wherever you may be sleeping tonight, it’s important that’s it’s completely dark. Your body associates light with energy and blue light will actually inhibit the production of melatonin in your body. Additionally, when you wake up in the morning it’s important to open those blinds. Doing this at the right time will make your body associate that time of day with day light.

You’ve tried everything and you still can’t fall asleep at night until 4 am. Sometimes your sleep schedule may be inflexible. While this presents obvious problems for early morning classes, you might just have to optimize your schedule around these concessions.

Try to add some late night classes to avoid early morning ones. Consider asking your teacher to tape any lectures you would miss from sleep and ask the school for any accommodations they can provide for your disorder.

There are a number of alternative treatment options such as early morning light therapy you could try. Some people even sign up to wear a polysomnogram that records your sleep patterns for study. Talk to a psychologist or physician if you think you are suffering from DSPS.

0 0 0 0 0
Previous : Why to choose CNA (Certified Nursing Assistant)Program as a career?
Next : Simple Ways to Help Others facing Disabilities

Some Photos of Oxymetholone Bodybuilding and Fitness